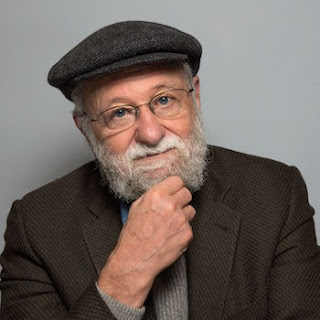 The well-rounded product will enhance the heart as well as the mind, being a joy to behold as well as to use.

Dr. Don Norman is Director of the recently established Design Lab at the University of California, San Diego (2014) where he is also professor emeritus of both psychology and cognitive science. He is co-founder of the Nielsen Norman Group, former Vice President of Apple and former executive at Hewlett Packard. Norman serves as an IDEO Fellow, an honorary professor at Tongji University (Shanghai),and is on company boards and advisory boards. He is Professor Emeritus at the University of California, San Diego, where he served as chair of the Psychology Department and founder and chair of the Cognitive Science Department. At Northwestern University, he is the Breed Professor of Design, emeritus and Prof. of EECS, emeritus. He has been a Distinguished Visiting Professor of Industrial Design at the Korea Advanced Institute of Science and Technology(KAIST). He has honorary degrees from the University of Padua (Italy) and the Technical University of Delft (the Netherlands), the “Lifetime Achievement Award” from SIGCHI, the professional organization for Computer-Human Interaction, and the Benjamin Franklin Medal in Computer & Cognitive Science from the Franklin Institute (Philadelphia). He is a member of the National Academy of Engineering, and a fellow of the American Academy of Arts and Sciences, Association for Computing Machinery, American Psychological Association, Association for Psychological Science, Human Factors & Ergonomics Society, and the Design Research Society. He serves on the Board of Trustees at IIT’s Institute of Design in Chicago. He is well known for his books “The Design of Everyday Things”and“Emotional Design.” His book,“Living with Complexity,”argues that complexity is desirable: the role of the designer is to make complex things understandable. His latest book is an expanded and revised edition of Design of Everyday Things. Website: www.jnd.org

(Q) Could you recollect your initial thoughts when you were starting out as a young faculty about advancing the understanding of cognition?

(A) I was dismayed by the sorry state of psychology. The field was ruled by behaviorists who ignored the mind. In fact, at my first faculty meeting as a newly hired Instructor at Harvard, after i was introduced, B. F. Skinner stood up and denounced me and my field. I resolved to understand the mechanisms underlying thought and cognition (and in the years that passed, i added action, interaction, and emotion). That's what I have been working on all my carer, with one major switch. Today, I focus not on theory and research but rather on application of all that is already known: hence, the switch to design, which I think of as Applied Cognitive Science.


(Q) What were few of the major motivating events/things that helped you pursue such a high quality of research, writing and consulting over the last few decades?

(A) I learned long ago that every good scientist can do good work. The great scientists, however, stepped back and asked, why are we doing this work? What are the fundamental principles guiding this work? So i have always looked at the entire system, trying to make major contributions to our deep understanding rather than small, incremental progress on thye details. Details are necessary, but so is the overarching structure.


(Q) Now that your books have become best sellers for design and cognition, what would be your message to those who are starting out?

(A) Follow your instincts. Do not do what others expect you to do. If you follow the path recommended by others you will probably fail to do fundamental groundbreaking research. Follow your instincts. Work on the things that excite you the most. If you aren't excited by what you are doing, change. You will never do a great job in areas that do not excite you. (Don't be good, be great.)


(Q) You had written about the major issues for cognitive science research in 1980 (in the journal cognitive psychology). Are you happy to see the progress of cognitive science in the last 3 decades? What would be your suggestions as of today for the next few decades?

(A) Our work is often irrelevant. The field does many small, trivial experiments. We need larger visions. When I moved to industry, I was expecting to apply my scientific knowledge. To my dismay, I discovered that much of it was not applicable. We had major gaps in understanding, and the work was usually too specialized to be useful. I resolved to always make sure my work could be applied, that it was at the correct level of study. That it could make a real, practical difference in people's lives. I always welcome informed criticism of my work. When people agree with me, it is nice to hear, but i do not learn. When people disagree intelligently, I learn. (Corollary: If anyone is to find problems with my work, I want that person to be me. Science advances by critiques of previous work: so seek out intelligent critique.)


(Q) A one-liner for eager young minds would be...