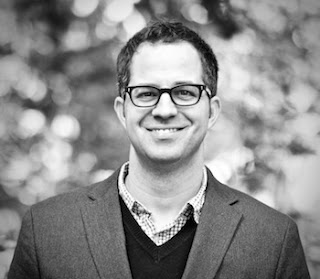 The most important message is that our collective concerns—group identities, moral values, and political beliefs— alter our perceptions and evaluations of the world around us.


Jay Van Bavel is an Associate Professor of Psychology & Neural Science at New York University, an affiliate at the Stern School of Business in Management and Organizations, and Director of the Social Perception and Evaluation Lab. He completed his PhD at the University of Toronto and a postdoctoral fellowship at The Ohio State University before joining the faculty at NYU in 2010. He teaches classes on Introduction to Psychology, Social Psychology, Social Neuroscience, Attitudes and Evaluation, Intergroup Relations, Moral Psychology, and Professional Development.


From neurons to social networks, Jay’s research examines how collective concerns—group identities, moral values, and political beliefs—shape the mind and brain. This work addresses issues of group identity, social motivation, cooperation, implicit bias, moral judgment and decision-making, and group regulation from a social neuroscience perspective. His research team studies these issues using a social neuroscience approach, that incorporates neuroimaging, lesion patients, social cognitive tasks, large-scale surveys, content analysis, and linguistic analysis of social media posts. His research has received several awards, including the Young Investigator Award for distinguished contributions in social neuroscience from the Society for Social Neuroscience, the Young Scholars Award for outstanding achievements in social and personality psychology from the Foundation for Personality and Social Psychology, and the Award for Transformative Early Career Contributions from the Association for Psychological Science.


(Q) What would be the most important messages from your research?

The most important message is that our collective concerns—group identities, moral values, and political beliefs— alter our perceptions and evaluations of the world around us. Humans are social animals. We readily identify with groups and this process alters our mind and brain in ways that few of us had ever anticipated, from changing our attitudes towards others to altering our basic perceptions of reality. This information can be leveraged to reduce prejudice, increase cooperation, and promote political action, or it can be used to dehumanize our enemies, cultivate hatred, and incite violence.


(Q) How did you get interested in your research that you love doing? Some anecdote or memory of your life?

My interest in collective behavior is a blend of my interest in sports, social justice, and politics. As a kid, I was fascinated by the ease with which we formed loyal groups on the playground. Simply flipping a coin to sort players into two football teams could turn one of my best friends into a bitter rival. We would be joking around with one another one moment, and wrestling on the ground a few minutes later. I realized many of the same group dynamics were at play during civil rights movements, electoral politics, and international conflicts.


(Q) What is your idea about how people evaluate options? What new insights have your research brought into the neurocognitive processes?

One of the fundamental decisions people make when evaluating options is the relevance to the self. In most cases, we can about whether someone is with us or against us: us or them. This simple, fundamental categorization has a cascade of consequences—it can alter everything from our initial perceptions (Is this a person? How far away are they? Do I like them?) to our most consequential behaviors (Should I help them? Are they worthy of moral consideration? How much should they be punished?) It goes without saying that these sorts of collective concerns shape neurocognitive functions that start in the early visual system (face processing) and move up the neuroaxis to guide our judgments and decisions (evaluation and action control).
Appreciating the influence of groups has led me to question assumptions about the automatic nature of lower-level neurocognitive processes. People are prone to characterize many reactions as automatic and others as controlled. However, the brain is far more complex than a typical reflex arc. Humans are constantly attending to the social context and these factors can shape even the most basic cognitive functions. Responses that we once saw as automatic or inevitable, such as face processing, are easily altered by these social factors. For instance, people are generally more motivated to encode the identity of faces who belong to the in-group while they ignore the out-group. Of course, there are conditions where even this pattern can be reversed.


(Q) What do you think are interesting avenues in human cognition which requires more investigation?

We are still in the early stages of integrating social psychology with cognitive neuroscience. I think there are countless interesting discoveries yet to be explored over the next decade. Perhaps the most intriguing is the cognition that occurs in real group contexts. To date, the vast majority of our research on human cognition and cognitive neuroscience has been conducting among individuals in highly controlled laboratory environments. But the fact is that human cognition evolved and largely occurs in large, dynamic group contexts. We need to develop the methods and analytic capacity to understanding how people synchronize our cognitive systems and coordinate collective. Tackling these sorts of questions will radically change our understanding of truly human cognition.


(Q) What would be your message to others?

My message to others is to pause and consider the role that group dynamics play in human cognition and action. This is fundamental to almost any field of science (even physicists work in teams and the production of science is shaped by group dynamics) as well as virtually every human activity, from organization leadership to education to politics. In all of these cases, people need to understand how people shift their identity from "me" to "we". We make all of our research freely available on our website (http://www.psych.nyu.edu/vanbavel/lab/index.html), and invite people to follow our lab on Twitter (@vanbavellab) or Facebook (www.facebook.com/vanbavellab) to stay abreast of these and other research developments.

(Q)  What could be one way in which social psychology research can help national development?

One way in which social psychology research can help national development is by finding ways to change the social context to improve human development outcomes--but also using the methodological and analytical tools from social psychology to measure the impact of any attempted interventions and then sharing them with the scientific community. This will ensure that we aren't wasting precious dollars on flimsy interventions.