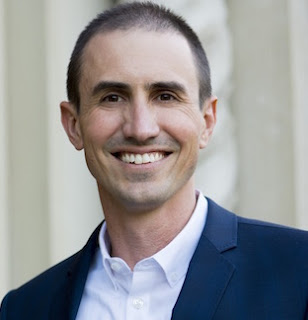 We are in the midst of some exciting times


Dr. Inbar's research concerns the interplay between two general mental processes that influence judgment: rational, deliberate analysis, and intuitive, emotional reactions. Dr. Inbdar is interested in the interaction between these two kinds of thinking and the implications for people’s beliefs, actions, and choices. He holds a Ph.D. from Cornell University and has worked with Professor Thomas Gilovich and has worked previously at Harvard University, Wharton School at University of Pennsylvania and Tilburg University.   His work has been featured in leading journals like PNAS, Perspectives in Psychological Science,  Journal of Personality and Social Psychology, Judgment and Decision making and others. Papers are available at http://yoelinbar.net

Q1. ) What are the most important things that you learned about the mind/brain ?


Dr. Inbar > We are much less rational than we think we are. We like to think that our beliefs and values are the result of careful and impartial reasoning and deliberation. For some of us, to some extent, that's probably true. But on most topics, most of us rely on simpler rules of thumb--how does this make me feel, what do my friends and allies think, is it similar to other things I like or dislike. Once you realized this was true of me, it made me much more skeptical of my own beliefs and convictions.

Q2.) What do you think are the most important issues in cognition and related areas?

Dr. Inbar> Right now I think the most important issues have to do with how we do our research rather than what we study. We are in the midst of some exciting times--there's a lot of controversy about whether our research methods need to change (for example, more disclosure about data collection and analyses, mandatory data sharing, perhaps pre-registration of studies). There's no telling yet how that will turn out.

Q3.) How did you get interested in the research that you love doing?

Dr. Inbar > Mostly it was happenstance. I was interested in emotion generally. David Pizarro, who was faculty at Cornell when I was a graduate student there, mentioned a strange result where he had unexpectedly found a relationship between disgust and political orientation. I thought that was interesting and suggested that we investigate further. My interest in disgust, politics, and morality is the result of that conversation.

Q4.) Would you think academic research in public and social issues can influence governmental policies and if so, how?

Q5.) What would be your message to the younger minds?

Dr. Inbar> I'm not that old! So I'm not sure I'm all that qualified to give advice. But for what it's worth, 1) study what interests you; 2) read broadly; 3) expect to fail often.