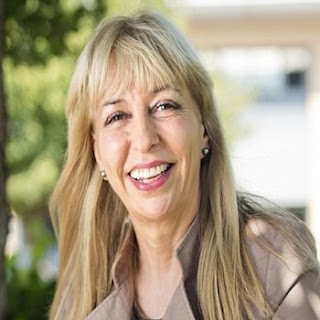 Susan Greenfield is a research scientist, author and broadcaster based in Oxford. She has held research fellowships in the Department of Physiology Oxford, the College de France Paris, and NYU Medical Center New York. She has since been awarded 32 Honorary Degrees from British and foreign universities and heads a multi-disciplinary research group exploring novel brain mechanisms linked to neurodegenerative diseases such Alzheimer’s and Parkinson’s. She is a Senior Research Fellow at Lincoln College, Oxford and has currently co-founded a biotech company developing a novel approach to neurodegenerative disorders (Neuro-Bio Ltd).In addition, she has published a wide range of  books on the Mind and the Brain. See books. In 1998 she received the Michael Faraday Medal from the Royal Society, was awarded a CBE in the Millennium New Year’s Honours List and was granted a non-political Life Peerage in 2001. In 2000 she was elected to an Honorary Fellowship of the Royal College of Physicians and in 2007 to an Honorary Fellowship of the Royal Society of Edinburgh. She was appointed Chancellor of Heriot Watt University in 2005.

Q) What according to you is the most important take-home message from your research?


Dr. Greenfield> We are unique individuals. Each person has a unique mind. Even identical twins have brains different from each other. There are a large number of unique connections in the brain. Hence, there is absolutely uniqueness in every human brain.


Q)What is your idea about digital technologies affecting our minds?


Dr. Greenfield> I think what we need to do is figure out how to deliver the best possible solution: but the answer is neither one-off nor obvious. Every complex situation has a simple solution, but it always wrong. We need to collectively discuss  what we want to try and avoid. What I have tried  to do is review the literature and find what we know about the effects of newer interfaces and platforms. I think it is important to give back the people the sense of time.. a need to respond to time. Any fast digital system does not allow us to digest and think, unlike with a book. A book allows you to put it down for a time, look at the wall and place things into a context.


Q) What would be your recommendations to reduce disruptive effects of technology?


Dr. Greenfield>  Fast technology does not give you time to think. the huge amount of information keeps pouring. You hear some word and you have to look it up on Google. When I say I have been to Paris, one has to look up where Paris is. Sharing common knowledge is more important. Depending too much on digital technologies makes it more difficult to communicate. The dire need is to see that people are given back a sense of time, to grow with a sense of identity with proactive activities like drawing a picture or climbing a tree. We should not be dependent on external sources for a sense of identity. Interacting with the outside world is necessary but we need to do so as individuals.


Q) How did you get interested in your research?


Dr. Greenfield> Well these things happen by chance. Initially I joined a debate in the House of Lords about security of children and regulations and made the point that in general if environments are changing, the brain will change too.