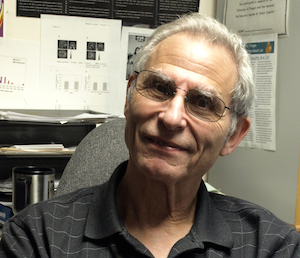 Choose a problem you feel worth solving.


Q.) What would be the most important take-homes from your research?


Dr. Posner> Attention is a brain system in which several separate neural networks carry out such functions as obtaining and maintaining an alert state, orienting to  sensory information and controlling voluntary responses.  Each of these networks involves a number of brain areas whose work is coordinated by white matter connections.  Individuals differ in the efficiency of these networks and may have attention problems due to poor efficiency in one or more of them.


Q.)Some say everything has a component of attention, others say attention is something which nobody understands. What according to you is attention as a cognitive process?


Dr. Posner> We have an increasing understanding of each of the brain networks that underlie attention. Of course attention is involved in most tasks, but the source of this influence are a number of very specific and remarkably limited networks.   In the case of orienting there is considerable agreement on the brain areas involved and that they are shared between humans and non-human organisms.  The executive network is more poorly understood, but we have been able to understand some of its early development and how it provides the basis for self control.


Q.) How do you think knowing more about the biological and genetic bases would help us understand more of cognition?


Dr. Posner> Attention is involved in most cognitive tasks.  Thus understanding attention advances our ability to explain how people use language, learn new things and control their emotions. In addition what we learn about attention provides clues to how many other networks underlying cognition are developed by genes and by the environment and are related to control mechanisms.


Q.) How did you get interested in the research that you love doing?


Dr. Posner>I read the work of Donald Broadbent who proposed the first general model of attention as a filter that selected information for consciousness.  Broadbent’s ideas seemed so fundamental to our understanding of psychology that I wanted to develop ways of measuring and observing attention.


I started with behavior and with electrical recording, but in the 1970s I learned that patients with lesions of the right parietal lobe would miss information coming from their left.  I found a specific deficit in one mental operation which subsequent imaging experiments have found is carried out by the right temporal parietal junction.  This work has used many methods to help us understand the details of how one network actually works.


Q. )What would be your message to the young minds?


Dr. Posner> Choose a problem you feel worth solving.  Try to adapt the tools available to help you solve the problem.  Communicate your results so that others can join in the solution.  Think always about what the solution might mean for the broader human community.  Don’t pay too much attention to those who tell you how to go about the solution, and that applies to what I am saying.