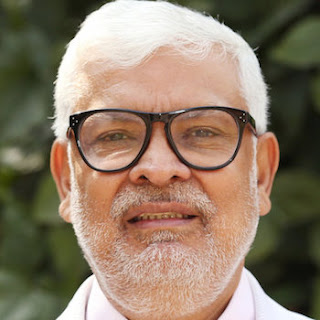 Ramadhar Singh is a fellow of the American Psychological Association (APA), the Association for Psychological Science (APS), the British Psychological Society (BPsS), the Society of Personality and Social Psychology (SPSS), the Singapore Psychological Society (SPsS), and the National Academy of Psychology (India) (NaoP). In 2009, Singh was voted by the alumni of trhe National University of Singapore (NUS) as an Inspiring Mentor. In December 2013, he was the only psychologist from India to be included in the APS website on Faces and Minds of Psychological Science. In January 2014, he received the Sir J C Bose Memorial Award from the Indian Science Monitor, Chennai. Since July 2014, he has also been a Consulting Editor of the Review of General Psychology, an APA journal. At the present, he is an Associate Editor of the Asian Journal of Social Psychology and the IIMB Management Review.  Singh received his BA Hons. (1965) and MA (1968) degrees in experimental psychology from the University of Bihar, Muzaffarpur, India, and MS (1972) and PhD (1973) in social psychology from Purdue University, USA. In India, Singh was a Lecturer at Patna University (1968-1973), an Assistant Professor at the Indian Institute of Technology, Kanpur (1973-79), a Professor at the Indian Institute of Management, Ahmedabad (1979-88), and a Distinguished Professor at the Indian Institute of Management, Bangalore (2010-16). During 1988-2010 at the NUS, he was a Senior Teaching Fellow (1988-90), an Associate Professor of Psychology (1990-97), and a Professor of Psychology (1997-2010). In addition, he spent his sabbaticals at the University of Rochester (2003-04), the University of Oxford (2004), and Purdue University (2008). Since July 7, 2016, he has been a Distinguished University Professor at the Ahmedabad University, Ahmedabad, India. Singh has been conducting paradigmatic research in impression formation, interpersonal attraction, intergroup relations, judgment and decision making, leadership, and social-functionalist models of humans. His research articles have appeared in reputed journals of applied psychology, developmental psychology, and personality and social psychology. These research articles have been cited in journals of biology, economics, finance, law, management, marketing, organizational behavior, philosophy, physiology, political science, psychiatry, public policy, sociology, and social work in addition to his main discipline of psychology. Further, some of them have been cited in the textbooks of psychology, management, social psychology, and organizational behavior and in the handbooks of industrial and organizational psychology, justice, leadership, and social psychology. Also, see https://vidwan.inflibnet.ac.in/profile/56256


Q1) How did you get interested in the different areas of research that you have so successfully done and published in international journals?


For me, research is play rather than work. Thus, whenever I read a paper or come across a contemporary issue that seems open to alternative experimentation, analysis, and interpretation, I spontaneously pick it up and persist on it until I find a convincing answer. In some cases, I persisted for 7 to 15 years and performed a series of eight experiments to resolve the issue.


Throughout my academic life, I have always been enjoying the thrill of coming up with a new perspective on the existing knowledge in applied, developmental, personality and social psychology, and management. Further, I have always believed that the data from Asian settings can confirm, advance, or modify social knowledge considerably, and that research articles should be written for advancing the field instead of impressing the employer for promotion or monetary rewards.


Q2) If you are to choose two of your top findings from the myriad of research done, what would those be?

In the 1970s, there was considerable interest in how diverse pieces of given information are integrated into a single judgment. The goal was to diagnose the integration rule of adding, subtracting, multiplying, dividing, or averaging underlying the judgment rendered. At that time, decisions were assumed to be guided by just the given information. The most popular method of rule diagnosis was thus obtaining judgments from two pieces of information (i.e., A and B) as well as from one of them (i.e., either A or B). Responses taken from the single piece of information served as the base and frame for determining how the two pieces of given information were integrated into the judgment rendered.


My students and I reasoned differently: Information available for any judgment can hardly be complete in everyday life. People may know one attribute of a person, for example, generosity or motivation, and infer other attributes such as income or ability. To make a judgment about the person’s performance or donation, therefore, people may impute values to missing information from the given information. We did not want to disregard imputations about missing information only because they were unknown at that time.


Demonstrating the foregoing possibility kept us busy in experimental research from 1975 through 1991. We first demonstrated an averaging rule in prediction of performance from information about motivation and ability of students or employees, and the multiplying rule in prediction of gift size from information about generosity and income of the donors. Given our success in rule diagnosis from information presented about both the necessary causes, we then demonstrated that the missing motivation or generosity information was imputed a constant value (usually around the nominal neutral point or average) but the imputed value to the missing ability or income information increased with the increasing value of the given motivation or generosity information. That is, imputed capability (intelligence, income) values increase with the known value of effort or generosity but those of effort or generosity remain independent of the known value of ability or income. While motivation and ability were viewed as compensatory causes in achievement judgments (i.e., an averaging rule) and generosity and income were viewed as multiple necessary causes in moral judgments (i.e., a multiplying rule), the patterns of asymmetric imputations were rather uniform.


The foregoing contribution of the asymmetric inferences about missing information from the given information in decision making portrayed Indians as dynamic information processors, not “cognitive misers” that was the prevalent view in the United States. This contribution was featured in Robert Arkin (2011, Ed.), Most underappreciated: 50 prominent social psychologists describe their most unloved work. New York: Oxford University Press. In 2013, the Association of Psychological Science, Washington, DC also identified this very contribution for my inclusion from India in its website on Faces and Minds of Psychology.

In everyday life, few experiences are more encompassing than getting accepted or rejected in schools, colleges, organizations, shops, and trips abroad. I have also been fascinated by why one’s attitudes, traits, and looks sometimes draw others to him or her but sometimes repel them from him or her. Four key findings from this research program are notable.


Third, similar attitudes determine attraction via latent processes of positive affect in perceivers, inferred attraction of the stranger toward perceivers, and respect for and trust in the stranger. Importantly, these mediators operate sequentially (i.e., the preceding process also contributes to the succeeding ones) rather than parallel (i.e., the processes operate independently of each other) as it was erroneously believed before my most recent studies.


Finally, physical attractiveness of opposite-sex persons always makes them valuable in task, social, and romantic settings. How is such beauty effect generated and transmitted? The underlying mechanism common to all these types of attraction is self-enhancement (i.e., experiencing oneself elevated temporarily in the company of an attractive partner). However, respect, trust, and positive affect (all of which sequentially transmit attitude similarity effects to attraction) are specific mechanisms underlying the task, social, and romantic attraction, respectively. This research not only illustrates the radiating effect of beauty but also indicates that people are skilled at extracting information that is of their immediate interests from the photograph available in the file or the website of an organization.


Q3) How do you see research in organizational behavior and psychological processes benefitting practices in global organizations with central offices in developing countries?


Nature of work and organization has been changing over the years. American or German companies nowadays operate from China or India; so do Chinese or Indian companies from North America or Europe. Physical organizations are being replaced by the virtual ones. The full-time or life-long employment practices of the 1970s and 1980s have been replaced by contractual appointments and/or outsourced jobs. A product or service requires cooperation between people of several nations, and companies have access to global talent and markets to maintain their competitiveness. Because of such changes in the nature of organizations, tasks, and human resource, our performance is nowadays monitored and appraised more by computers than supervisors.


Psychological and social issues arising from the foregoing changes have direct implications for management of global talent and organizations. Managers from one country can treat employees from another country as equals but manager from another country can treat them as subordinates. Employees themselves may be independent in one country but highly dependent in another country. My research in reward allocation, leadership effectiveness, prediction of performance, and responding to wrongdoing, for example, demonstrated that blindly applying the Western tools and models to Asian settings might lead to erroneous interpretations and practices. Thus, contemporary changes in global organizations actually make psychological inputs in managing people, products, and consumers more important now than ever before.


Q4) What are some of the contemporary key issues in management and psychological research?


The long-standing issue of rigor versus relevance is still valid in management and psychological research. Should research be theory-driven or problem-focused? Should the method be quantitative or qualitative? What is a good research: One that gets published in high impact journals of one’s field or the one that influences public policy and management? To me, any research that adds to the extant knowledge or influences the existing practices is valuable. Most important, the researcher must enjoy what he or she has been doing.


Q5) What would be your messages to the younger generations of management and social scientists in India?


I would like to see professionalism in management and psychology at the same level as they are in China, Japan, Korea, and Singapore. One’s doctoral training has a life-cycle of 6 to 8 years. Subsequent contributions depend upon how one engages oneself in skill upgrading and self-renewal through research projects, going on sabbaticals, supervising research projects by students, and encouraging them publish their findings in key journals. Thus, Indian social scientists must engage themselves in regular self-renewal activities and invest adequate time and effort in rigorous training of undergraduate to doctoral students.


I gladly report that I was fortunate and blessed to have Donn Byrne as my supervisor during 1970-73 and Duane T. Wegener as the sponsor of my 2008 sabbatical leave at Purdue University.


Peers at your graduate schools play important roles in what research you undertake and in your later professional development. Accordingly, I also advise maintaining regular contacts with peers and friends of the graduate school days and taking interest in how they have been developing in the field and life.