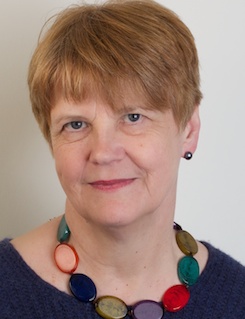 Dorothy Bishop is a Wellcome Trust Principal Research Fellow and Professor of Developmental Neuropsychology at the University of Oxford, where she heads a programme of research into children’s communication impairments.  She is a Fellow of the British Academy,  the Academy of Medical Sciences, and the Royal Society. As well as publishing in conventional academic outlets, she writes a popular blog (Bishopblog) with personal reactions to scientific and academic matters, and she tweets as @deevybee. In her spare time, under the pen name Deevy Bishop, she has written three light-hearted crime novels set in Western Australia.


Q.) Please discuss the interesting findings from your research


I'm interested in common neurodevelopmental disorders, especially those affecting language development, where there is no obvious medical cause. It's often assumed that specific language impairment (SLI) is caused by parents not giving their children adequate language stimulation. However, twin studies, which allow you to separate genetic from environmental influences, show genes to be important. I've also been able to identify which aspects of language impairment are most affected by genes, and to show that traditional boundaries between disorders such as SLI, dyslexia and autism don't carve nature at its joints. I'm also interested in children who have an extra X or Y  chromosome: we found that these children don't have major abnormalities but are at increased risk of language and communication difficulties, including autism. I'm now trying to find out why some have no obvious problems while others may have serious language difficulties or autism, by looking for links between genes and behaviour.


Q.) What do you think are important issues in Cognition and related areas?


Why are children so different from one another in terms of cognitive development and what can we do about it? For instance, most children find it easy to learn to read but others struggle for years. We used to think there might be a simple explanation in terms of genes or neurobiology, but it is clear the causes are complex and multifactorial. The hope is that if we can pinpoint the specific problems that some children have, we may be able to devise more precisely tailored interventions.


The study of neurodevelopmental disorders is important and has the potential to make a real difference to children's lives. But it is also difficult: answers are not straightforward, and we need to beware of those who offer simplistic and overhyped explanations. Although we certainly need work on neurobiology and genetics, which at present is very fashionable, it is important to integrate this with good understanding of underlying cognitive processes, and with work on experimental interventions that can help test our theories.