Founding Dean of the Minerva School of Arts and Sciences (Previously, John Lindsley Professor of Psychology in Memory of William James at Harvard University) 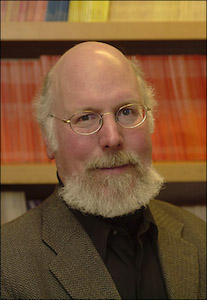 Stephen M. Kosslyn is the Founding Dean of the Minerva School of Arts and Sciences at the Keck Graduate Institute. His original graduate training was in Cognitive Science, which focused on the intersection of cognitive psychology and Artificial Intelligence; faced with limitations in those approaches, he eventually turned to study the brain. Kosslyn's research has focused primarily on the nature of visual cognition, visual communication, and individual differences; he has authored or coauthored 14 books and over 300 papers on these topics. He has more than 38,000 citations. Kosslyn's work has been recognized by the American Psychological Association's Boyd R. McCandless Young Scientist Award, the National Academy of Sciences Initiatives in Research Award, a  Cattell Award, a Guggenheim Fellowship, the J-L. Signoret Prize (France), an honorary Doctorate from the University of Caen, an honorary Doctorate from the University of Paris Descartes, an honorary Doctorate from Bern Univeristy, and election to Academia Rodinensis pro Remediatione (Switzerland), the Society of Experimental Psychologists, and the American Academy of Arts and Sciences. He previously served as Director of the Center for Advanced Study in the Behavioral Sciences and Professor of Psychology at Stanford University, after having been chair of the Department of Psychology, Dean of Social Science, and the John Lindsley Professor of Psychology in Memory of William James at Harvard University. He received a B.A. from UCLA and a Ph.D. from Stanford University, both in psychology.


Q.) What would be your message for the younger minds?

1) Keep your eyes open, try to see what is actually there -- not what you wish were there or what others believe is there.

2) Strive to understand your particular strengths and weaknesses, and work to make your strengths even stronger and your weaknesses manageable.

3) Learn to work with other people who are different from you, relying on them to augment your weaknesses and leverage your strengths.

Q.) what you think are the major research issues/topics in cognition?


Dr. Kosslyn > In what ways can basic knowledge from the cognitive sciences be used to improve people's lives?


Some books by Prof. Kosslyn