Provost Professor in the Department of Psychology and Marshall School of Business at the University of Southern California (USC) and co-founder of the USC Dornsife Mind & Society Center. 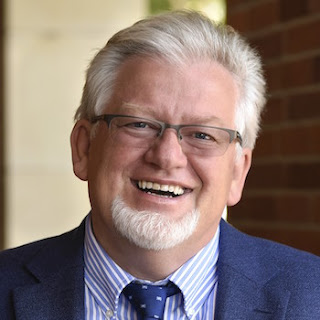 Dr. Schwarz’s research interests focus on human judgment and cognition, including the interplay of feeling and thinking, the socially situated and embodied nature of cognition, and the implications of basic cognitive and communicative processes for public opinion, consumer behavior and social science research. His publications include 20 books and some 400 journal articles and chapters, which have been cited more than 50,000 times (H = 103; Google Scholar, April 2015). Select papers are available at the above website. Dr. Schwarz has been elected to the American Academy of Arts and Sciences and the German National Academy of Science Leopoldina. Other honors include the Heinz Maier-Leibnitz Prize of the German Department of Science and Education for early career contributions; the Wilhelm Wundt Medal of the German Psychological Association (jointly with Fritz Strack); the Thomas M. Ostrom Award of the Person Memory Interest Group; the inaugural Rackham Distinguished Graduate Mentor Award of the University of Michigan; the Wilhelm Wundt-William James Award of the American Psychological Foundation and European Federation of Psychologists’ Associations; the Distinguished Scientific Achievement Award of the Society for Consumer Psychology; the AAPOR Book Award of the American Association for Public Opinion Research (jointly with Norman Bradburn and Seymour Sudman for Thinking About Answers); and the Donald T. Campbell Award of the Society for Personality and Social Psychology. He is a Fellow of the Association for Psychological Science, American Psychological Association, German Psychological Association, Society for Consumer Psychology, Society for Experimental Social Psychology, and Society for Personality and Social Psychology, and past fellow of the Center for Advanced Study in the Behavioral Sciences.


(a) Please discuss the interesting findings from your research


I have long been interested in the interplay of declarative information (e.g., knowledge about the attributes of an object) and experiential information in the form of moods, emotions, and metacognitive experiences. At present I’m applying this feelings-as-information perspective to the role of fluency in intuitive judgments of truth and its implications for how we can correct misinformation (examples are here). I’m also exploring the impact of sensory inputs and the role of metaphors in guiding their interpretation. We find, for example, that incidental fishy smells induce suspicion, which undermines cooperation in economic trust and public goods games; makes you smarter in detecting misleading information; and increases the use of negative testing strategies, which reduces confirmation bias. We also find powerful effects of washing one’s hands – people can “wipe off” many things, from doubts about their decisions to the impact of a previous streak of good or bad luck on risk taking (examples are here).


(b) What do you think are important issues in Judgment and Decision Making and related areas?


Many of the traditional biases and shortcomings appear in a different light when we take a pragmatic and situated perspective that emphasizes that thinking is for doing and that we do things here and now, in a particular context. Hence, any mind worth having should be highly context sensitive, which is mostly an asset, not a liability. There is less and less to be gained from using context free normative models borrowed from economics as a straw man against which JDM research is pitched—it is more rewarding to find out how the mind works than to keep demonstrating that it doesn’t deliver what normative models hope for.


(c) What would be your message to invite the younger minds?


Human judgment and decision making is full of interesting phenomena that await exploration. Have fun with it. But keep in mind that you also need to pay the bills -- so some of your research has to work out. For that reason, think of your research as an investment portfolio that should include some high risk studies with big potential pay-offs and some low-risk solid stuff that takes the next step in more familiar terrain, ensuring that something will work out. Until tenure, you should always have both types of work in your portfolio – and after tenure, you should keep them in your portfolio in the interest of your students, who can’t yet afford to do only high risk work.