McKnight Professor of Marketing and Psychology, Carlson School of Management, University of Minnesota 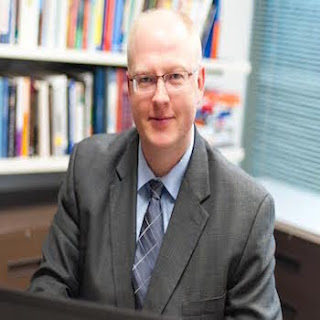 Dr. Vladas Griskevicius studies the evolutionary roots of modern decision-making and consumer behavior, having published over 40 articles in top business and psychology journals examining green marketing, motivation, emotion, social influence, and conspicuous consumption. He is the author of The Rational Animal, which examines how modern choices regarding everything from money to marriage to cars are influenced by deep-seated ancestral needs, albeit rarely in obvious or conscious ways.

Q> Please discuss the interesting findings from your research


I’ve always been curious about why people spend over $500 billion each year on showy luxury products that have zero survival value. Luxury products are clearly linked to status, but why do people want to show off their status so much? Since the time of Charles Darwin, when biologists observe a puzzling behavior in animals, they ask if it might serve an adaptive function. I turn the same magnifying glass from animals to humans. For example, Darwin was stumped when he first observed the peacock’s tail, which makes the animal easier to spot by predators and slows it down when trying to escape. Darwin reasoned that while flashy tails might hinder survival, their adaptive function might be to aid mating. Conspicuous consumption in humans, it turns out, is not too different from the Peacock’s tail. In the same way that peacocks flaunt their tails to impress the opposite sex, men conspicuously flaunt their luxury products to impress women. Does it work? Yes. Studies have found that women would rather date the guy with the flashy Porsche than the modest Honda. It might be economically irrational to spend your last penny on a luxury good, but this tendency pays great dividends when it comes to the most important of evolutionary rewards.


Q> What do you think are important issues in Judgment and Decision Making and related areas?


The last few decades have identified myriad ways in which people are biased and irrational, painting a picture of Homo Sapiens that looks less like Homo Economicus and more like Homer Simpson. But why do humans have all these irrational tendencies? While scientists have provided a list of our mistakes, we need a theory of mistakes. In THE RATIONAL ANIMAL, I consider our irrational tendencies through a Darwinian lens. It turns out that humans are born to be biased – but for good reason. Rather than being design flaws, many of our biases are design features.


Q > What would be your message to invite the younger minds?


If you like mysteries, the question of how people make decisions is one of the greatest mysteries of all time. The mystery of human behavior is part of the same plot as why peacocks flaunt their feathers and why Amazonian jungle dwellers can solve problems that stump students at Harvard. We have learned a lot, but most of the threads in this grand story are yet to be unraveled. Grab a Sherlock Holmes-style magnifying glass, join the other detectives working on the case, and help solve the mystery of the human mind. The next clue is waiting just around the corner.

(As interviewed by Sumitava Mukherjee in September, 2013)